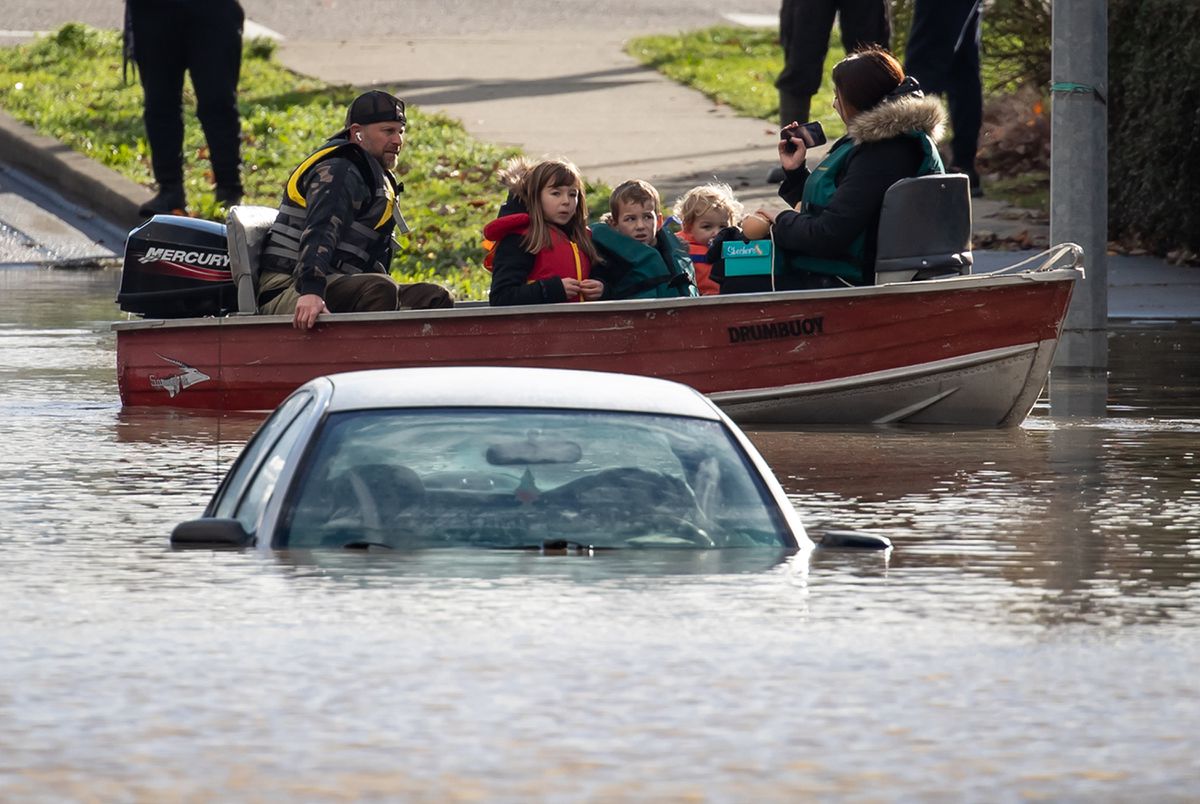 Have a good evening, let’s start with today’s main story:

Yesterday a powerful rainstorm swept across southern British Columbia, triggering floods and mudslides from Vancouver Island to the Alberta border, trapping motorists, shutting down major highways and forcing l evacuation of thousands of people. Today, the extent of the destruction and disruption has started to become apparent.

Deaths have been confirmed

A mudslide on Highway 99 has killed at least one person and emergency crews are still searching the debris field south of Lillooet, British Columbia, after the unprecedented storm.

Witnesses told emergency officials about 10 vehicles were washed away on the road, said David MacKenzie, search and rescue director for the Pemberton District. About seven of them have been located. “We hope to find people alive. But obviously this decreases with time, the nature of the sliding activity. With people getting stuck in mud and debris, it certainly decreases over time, ”he said.

Today, search and rescue teams were also looking for anyone trapped in mud and debris east of Vancouver, near Highway 7.

Emergency officials in Abbotsford, British Columbia, also announced this morning a new evacuation order affecting about 1,100 people in a rural area known as Sumas Prairie, just north of the US border. The order applies to a largely rural area dotted with dairy and agricultural holdings. Police Chief Mike Serr said the rescue effort had been incredibly difficult, with the water rising rapidly.

British Columbia Public Safety Minister Mike Farnworth, in an interview with CBC on Tuesday morning, dismissed suggestions that the province had not adequately prepared residents for the severity of the storm that dumped a months of winter rains in a few hours.

“Frankly, we’ll probably be out for a few more days. We have some important points, ”said Rob Reilly, COO of Canadian National Railways. He says it could take several days to repair and restore service to the terminal which handles much of North America’s consumer goods from Asia.

It was still “too early to say what the ultimate impacts are,” Canadian Pacific Railway Ltd. chief marketing officer John Brooks said on a conference call with investors.

British Columbia has failed to take a break recently. The heat wave on the west coast last summer was the deadliest weather event in Canadian history, and the extreme weather patterns were the result of man-made climate change.

Flooding and other extreme weather events are also linked to climate change, and coastal cities face the additional risk of sea level rise. A report released earlier this year found that Canada’s largest cities have Collectively makes little or no progress in flood preparedness over the past five years.

This is the daily evening update bulletin. If you’re reading this on the web, or if it was sent to you as a transfer, you can sign up for Evening Update and over 20 other Globe newsletters. here. If you like what you see, share it with your friends.

ALSO ON OUR RADAR

The fourth wave of COVID-19 in Western Canada leaves surgeries in limbo: Infection and hospitalization rates in Saskatchewan, Alberta and British Columbia have been steadily rising, leading hospitals to cancel elective procedures – but many patients say there are no is nothing optional in the treatments they expect. Here’s what they stand to lose.

Amid soaring prices, Canadian retirees are staying at home: Watching residents of long-term care homes bear the brunt of the pandemic, retirees want to stay home as long as possible. But the sudden change in plans comes with unexpected financial costs. Many older Canadians are unprepared for the high costs of home care, home repairs and the lack of capital that the sale of their home would have freed up.

The sexual assault trial in NS ends because of the murder of an accused: The man to be tried, Alexander Thomas of East Preston, Nova Scotia, was found dead at a Dartmouth residence on Saturday after what police called a homicide. As a result, the case was closed, leaving questions about the alleged police misconduct in the case unanswered. Outside of court, crown attorneys said the police investigation into the sexual assault remained active.

At the Poland-Belarus border: Polish security forces have fired water cannons at migrants throwing stones at the border with Belarus, and NATO has reiterated its support for Warsaw in a crisis that has left thousands stranded at the border in freezing temperatures.

The main Canadian stock index rose on Tuesday as stronger-than-expected US retail sales data boosted investor sentiment, with the index hitting an intraday high before relinquishing some of its gains. The Toronto Stock Exchange’s S & P / TSX Composite Index ended up 34.08 points, or 0.2%, at 21,717.16, after hitting its highest intraday level of 21,796.16.

The world has promised to try to keep global warming at 1.5 ° C. This lens is almost dead

“The fight against global warming requires an unprecedented level of global cooperation. The world has not been able to overcome its personal interests, but it has changed relatively rapidly in a short period of time. ” – The Editorial Board

“Banking is about relationships, and scandals such as the one affecting Barclays are undermining investor and public confidence in financial institutions.” – Rita Trichur

“There are no easy answers to these problems, but our citizens are waiting for action. Pew’s surveys of advanced economies rank climate change as one of the top international threats. The challenge for the [NATO Centres of Excellence] will be the focus. – Colin robertson

Qualifying for the CanMNT World Cup in the Great White North: will the legends be made of a foot of snow?

“At this crucial moment, Edmonton is the beacon of Canadian soccer on the hill. Okay, you can’t see the light because it’s snowing pretty hard as I write these lines. But that’s the point. Canada takes on Mexico at Commonwealth Stadium on Tuesday. … Winning this game won’t guarantee Canada qualifies for next year’s World Cup, but it will work as a global threat: Canada has finally gotten serious (stop). Pack your long underwear. – Catherine kelly

The airport and the hotels adjacent to the airport have long been seen as dreary, soulless accommodations of last resort. But places like Fairmont Vancouver Airport, considered one of the best airport hotels in the world, Langham Hospitality Group’s Cordis Beijing Capital Airport, and the recently opened TWA hotel at New York’s JFK Airport are starting to change. this perception.

LONG READING OF THE DAY

As a law and MBA student at McGill University in 2018, Aly Haji saw several friends graduate and pursue their dreams of landing a job at top law firms, only to see them quit in one. year or two. Curious as to why, he turned the question into his MBA thesis and probed the apparent disconnect between millennials and Big Law. The conclusions were clear.

“There is a generation gap, dissatisfaction with working in big companies,” Haji says.

The legal sector, like all sectors of the economy, is struggling to find its place as the pandemic recedes. In part, that means navigating a reset in worker expectations, especially among young associates who have borne much of the brunt of the past two years – first as the target of layoffs and cutbacks when the pandemic hit. settled in and then working late at night as a business activity came back to life, but without any of the perks or mentorship that their work once entailed.

Millennials and Gen Z lawyers and law students are now reassessing their priorities, realizing that there are alternatives to work for large firms. Read the full article from ROB magazine.

Evening Update is written by Sierra Bein and Lori Fazari If you would like to receive this newsletter by email every night of the week, go here register. If you have any comments, drop us a line. Remark.