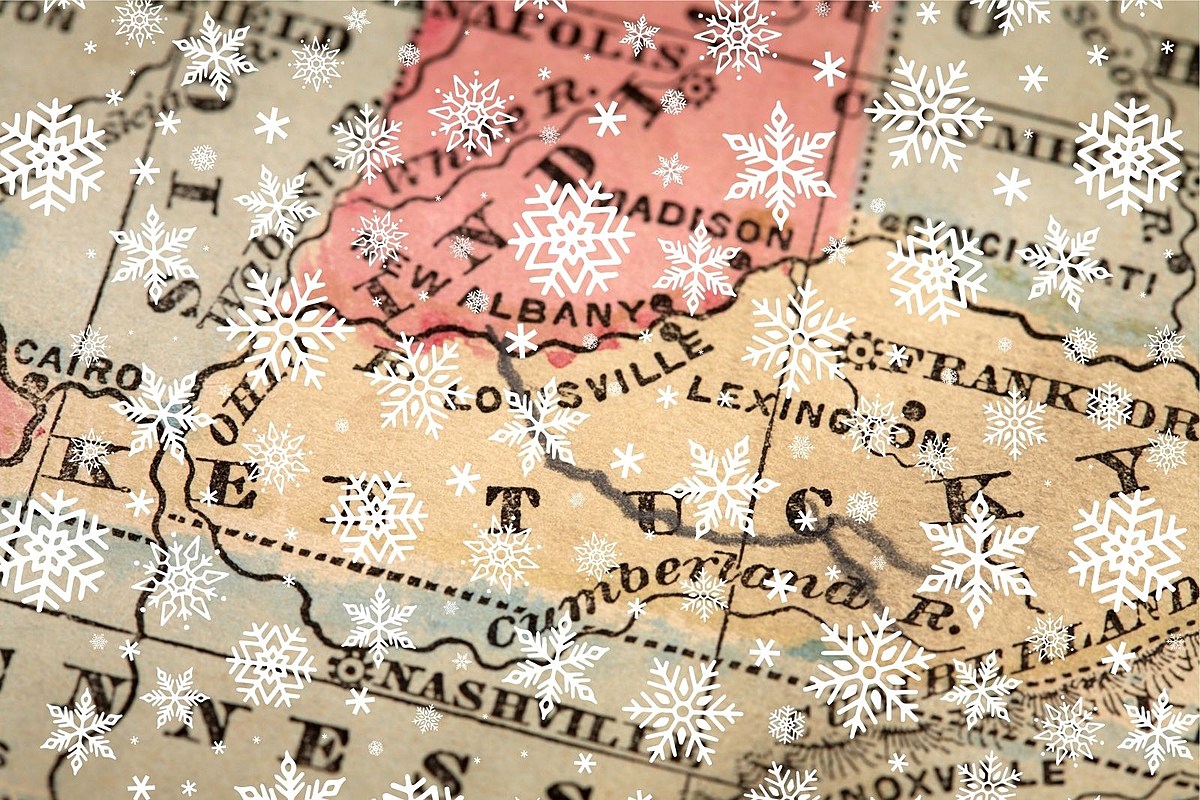 Let me take you back for a moment. (Yeah, I know it’s not Throwback Thursday, but Thursday will just have to get over it.)

KENTUCKY SNOW IN MAY IN MY LIFETIME

It was Saturday, May 6, 1989, the day of the 115th Kentucky Derby, and sleet was beginning to fall from the sky. I always remembered it like snow, but the National Weather Service recorded sleet that day, and no one will argue with them about the weather. So it’s freezing. Where was. And that didn’t seem to have too much of a detrimental effect on the race that day – a race won by Sunday Silence. From this video, it looks like all the slush went through the racing star.

Anyway, SLEET on May 6th. No, it never went below zero. In fact, it never came close to 32 degrees, so the frozen precipitation was toasted by the time it hit the ground. It’s the only time in my life that I remember such a precip falling in May.

On May 20 of that year, Kentuckians had a nasty surprise – I mean, even if you LOVE snow, you probably don’t want to see it 12 days to June – when a blast of Canadian air blew through over the Commonwealth dumping six inches of snow on Lexington, Harrodsburg and Mount Sterling. Cities like Shelbyville, Richmond and Louisville received lesser amounts.

HOW ALL THIS SNOW ARRIVED IN LATE MAY

From National Weather Service description, it looks like a case of “perfect storm”. The low pressure moved up the East Coast and pushed much of the Atlantic moisture over the Appalachian Mountains to create a bit of a mid-spring winter. It certainly isn’t like anything Kentuckians of the day ever wanted to see happen again.

“The snow was heavy – flattened all the wheat on the ground, breaking up much of it.”

“There was probably more snow that fell on the 20th than four inches, but it melted so fast near the ground.”

I guess it melted pretty quickly; having snow like this two months into spring MUST mean the ground was warm enough.

Fortunately, nothing like this is expected in the short term, even though it’s March. And spring is just around the corner.

After this chaotic winter, I am more than ready.

When you go out to play in the snow, it’s not quite what you thought.

KEEP READING: Get answers to 51 of the most frequently asked weather questions…