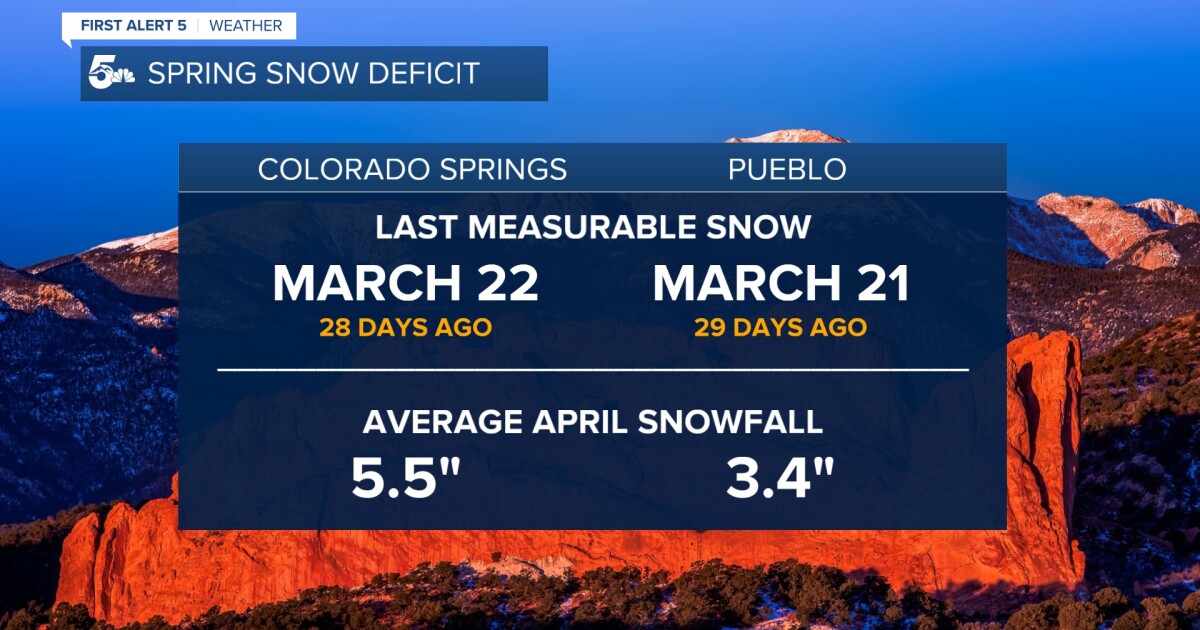 If it seems like forever since we’ve seen rain or snow here, you’re right!

Other than the occasional shower, many of us in the Plains haven’t seen any measurable snow in almost a month.

In Pueblo, 29 days have passed since our last measurable snowfall. This happened on March 21, with 1.2″ reported at Pueblo Memorial Airport.

Both regions were exceptionally dry during April, a month that averages 5.5″ in Colorado Springs, our second snowiest of the year.

Despite a super dry April…it’s better news for both cities if you look at the year as a whole.

Thanks to a February frenzy of more than 10″, Colorado Springs picked up 22.7″ of snow this year.

This currently puts us above the average for the calendar year by around 4″.

Although we are currently snow free this month in Pueblo, an abundance of snowfall in February and March also puts us above average for the year.

Mother Nature can still deliver the goods even in late spring, but we’re running out of time…

Today’s date of April 19 is the average date for the last snowfall of the season in Colorado Springs.

In Pueblo, we have already exceeded the average date of the last snowfall of the season. It’s April 13.

In the spring, we saw measurable snow twice last May, the last time on May 11.

Although rain or snow is not a guarantee this weekend, Mike Daniels and First Alert 5 will be keeping a close eye on the potential for much needed moisture. Any moisture will be good news!